One of the features I really like about the the 2015 WRX and STI is the LED Headlights standard on the STI,  WRX premium and limited models. The headlights are absolutely amazing at night and are far superior to the older HIDs that came on the STI's. Subaru did such a good job on this car and its hard to find things that are flawed and or need improving. With that said, there is one thing I found. The fog lights are terrible, don't really do anything and they look out of place on the front of the car as they don't match the LED headlights! 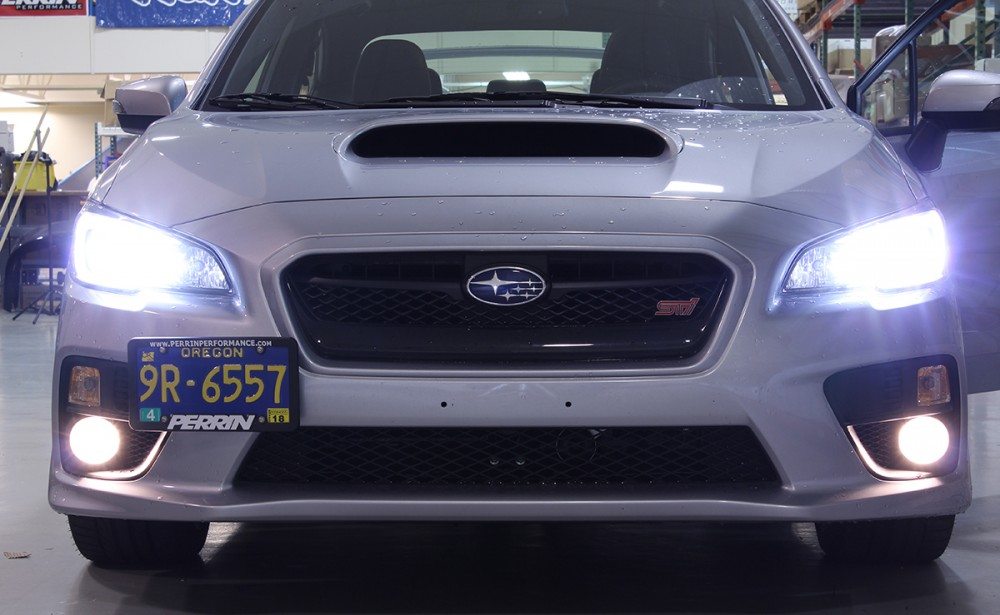 The reason for me complaining about this is they are just Halogen bulbs, which color wise are yellow and do not match the super bright blue LED headlights. Subaru stepped up to the plate and put LED headlights in these 2015 models, but didn't think to keep that high end theme going with the foglights. You don't any new Audi running around with halogen fog lights do you?? 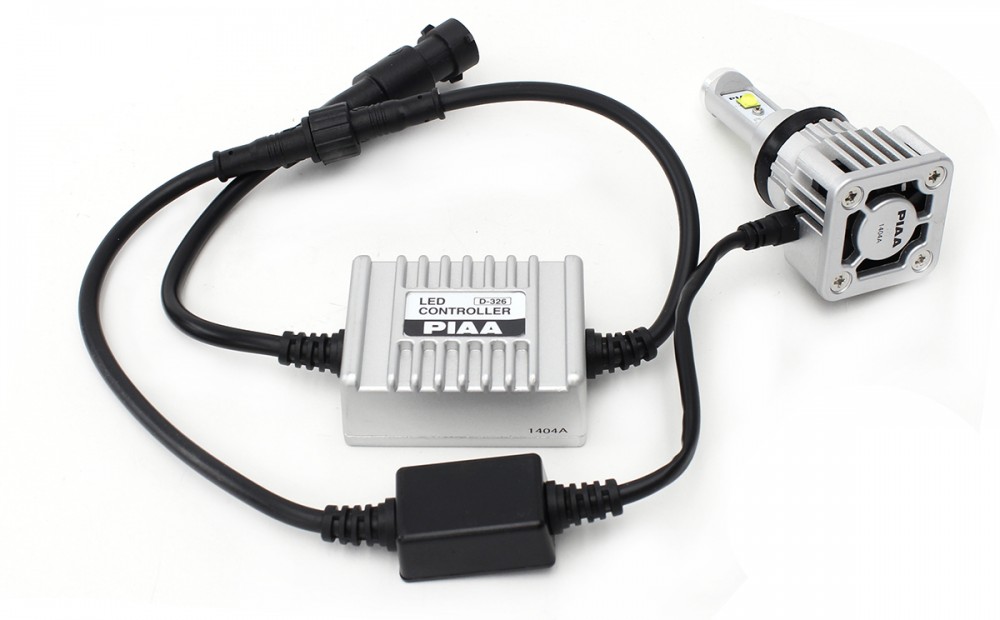 Replacing Halogen bulbs with HID or LED bulbs isn't exactly new, but PIAA has just come out with an LED replacement H16 bulb that brings a super high quality LED option to the market. As you can see its more than just a bulb, but an actual controller and harness adapter that is waterproof to ensure it lasts a very long time. 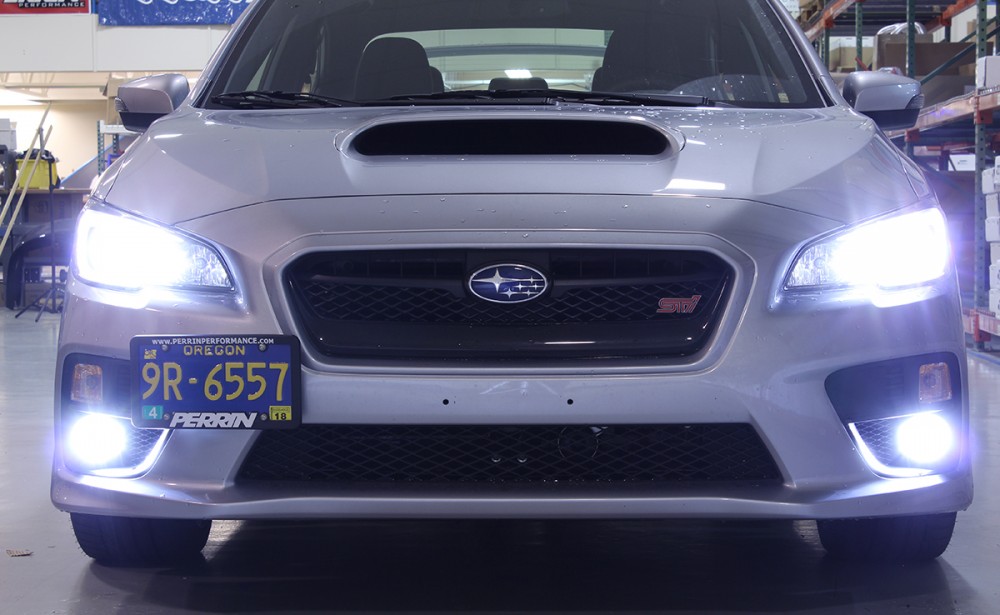 AS you can see, the color is almost the same as the OEM 2015 WRX and STI headlights, so from nothing more than a visual appearance, they do wonders for the car. The nasty looking yellow halogens that came on the car (first above picture) really ruins how the new 2015's look while coming down the road at you. From a functionality stand point they are actually functional now! Before the yellow-ish lights barely lit up the road and the main LED headlights were way overpowering. With the PIAA LED bulbs installed, they actually light up the road and make driving on twisty roads at night, quite a lot of fun.

Each bulb them selves is an electronic circuit that consists of the drivers necessary to run the super powerful LED. The housing is made of high quality die cast aluminum, which not only makes it durable, but also help dissipate the heat generated from the circuitry. 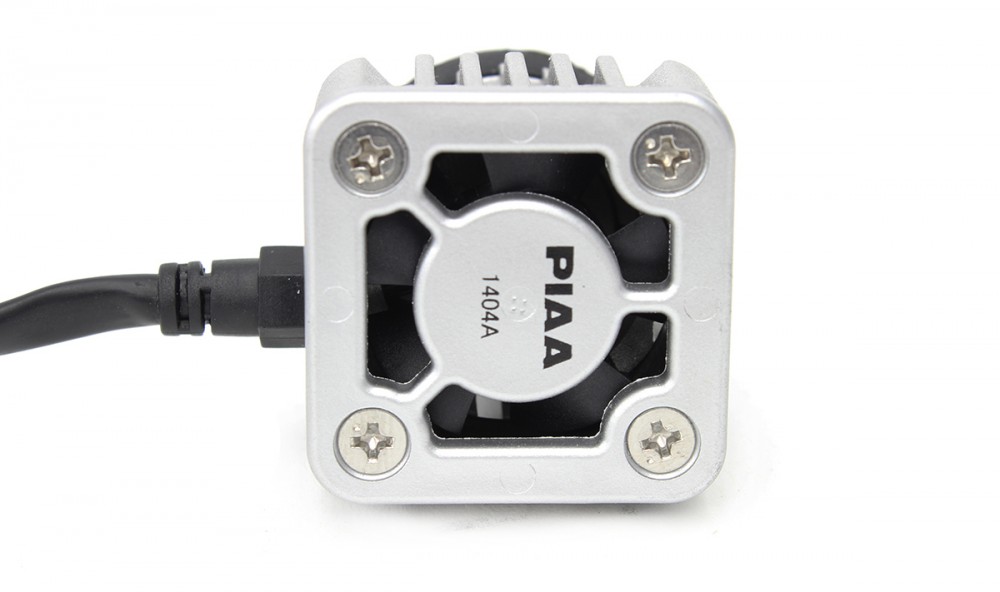 As you can see from the picture, this is a pretty solid unit with not only an adapter harness, but also a special controller that drives the LED circuit. Of course they plug right into the OEM harness so there is ZERO cutting and splicing. Only thing tricky about the installation is the direction they get plugged in. The circuit that controls the bulb requires a specific positive an negative connection to power. Since normal halogen bulbs don't care which pin gets the positive or negative wire, car manufactures don't consistently put them on the same side of the bulb. So PIAA has a harness that plugs in both directions. It's a simple part of the the installation as you simply plug in the bulb, and turn on the lights. If it lights up you are good, if not, just switch the direction of the plug.

Now all we need is to get the LED replacement for the high beam bulbs! 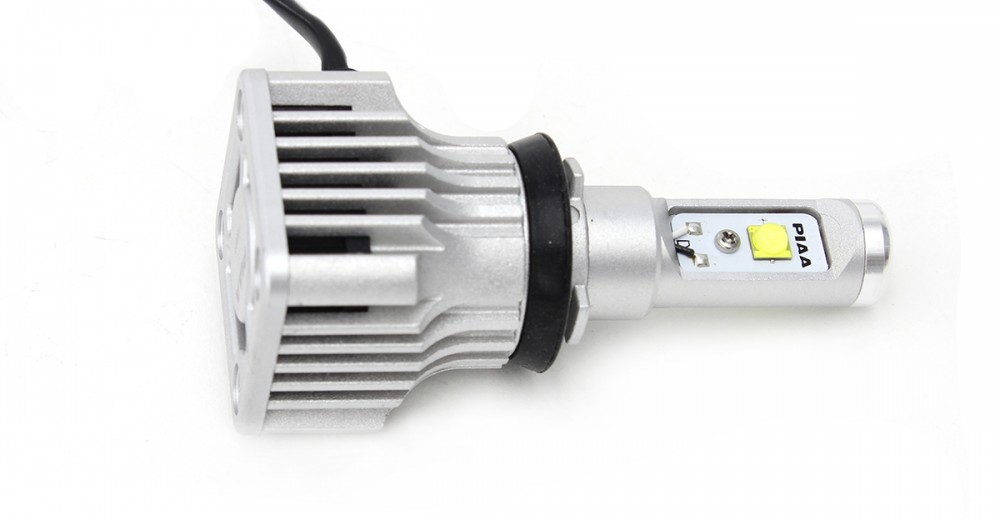