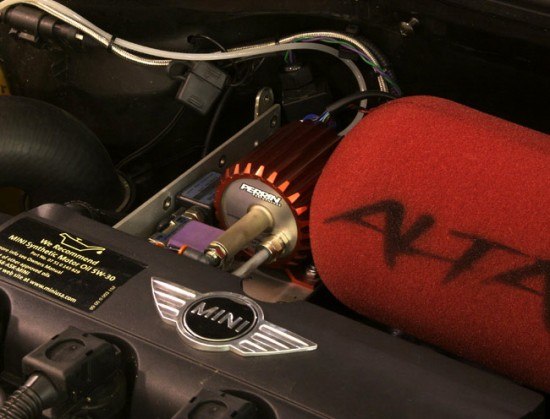 The R56, as many know, is a Direct Injection engine.  This means, instead of the injectors firing fuel in the intake runners, the injectors are fired directly into the combustion chamber.  This is a very big thing in the world of gasoline engines because it allows for a better, more complete combustion of the fuel.   This posed a problem, because the signal the injectors put off, is very very short compared to normal injectors, not to mention 80V not 12v!  The injectors pulse is very small because the fuel pressure is more than 30 times more than normal fuel pressures (3bar vs. up to 150bar). The higher pressure means it take less time for the injectors to be open to deliver the same amount of fuel as a lower pressure injector (3ms vs .4ms).  Also at lower engine speeds the injectors fire more than once per cycle!  I could go on an on about DI engine, but that is another thread!  The point of explaining all of this is to explain why we took so long to adapt our Water Injection system to the car.  Our controller just couldn€™t do anything with the signal.  When we got the Unichip installed, we were able to create a normal injector signal to turn on the PWI-1. Another great thing about using the Unichip on the R56 with the PWI-1, is we can use the failsafe to switch maps! This means that if the PWI-1 sees a blocked nozzle, or hose burst, it can switch to a low boost safe map.  This is a very important feature as a water injection tuned car can run dangerously lean when the water runs out. 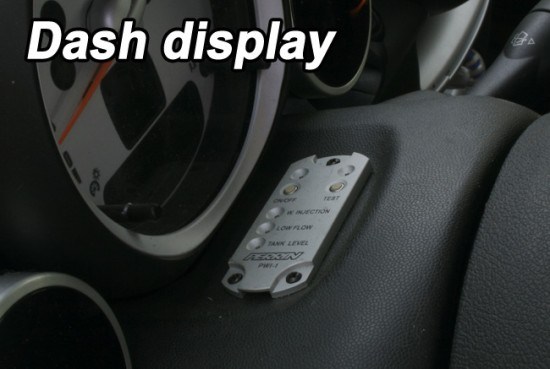 Some that are familiar with Water injection might be wondering why we don€™t just hook up a pressure switch to our system to trigger it.  We could, but this would be defeating one of the biggest features of our system, the Progressive injection!  Most WI systems inject a steady flow of water/methanol at all RPMS and load points.  The ALTA PWI-1 injects a steady % of water/methanol compared to fuel.  This way you do not get too much water at lower RPM and load, and not enough at high RPM and load.  Around 20% water/methanol ratio is what is recommended, and this is not something the cheaper systems can do. 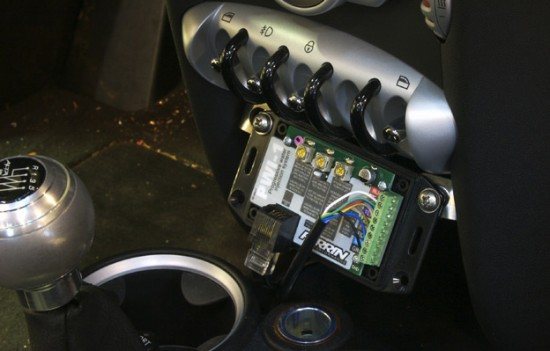 The PWI-1 Brain mounts very nicely above the cup holder.  Don€™t worry; your Starbucks will still fit in there!  The brain allows the adjustment of not only the on point of the injection, but the amount of water compared to fuel.  To adjust is just a couple of tweaks of the trim pots.  This allows us to play with the exact amount of water being injected, and adjust from run to run. 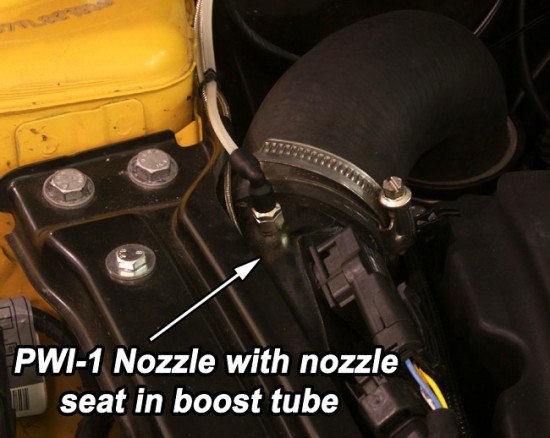 Back to the test!

We have proven Water injection on the R53 with a customers car, but we were using the Apex AFC to tune it with.  So we really only had control over fuel.  On this car we gained a decent amount of power by re-tuning for water injection, and not to mention a large amount of safety.  This whole story can be found HERE on our site 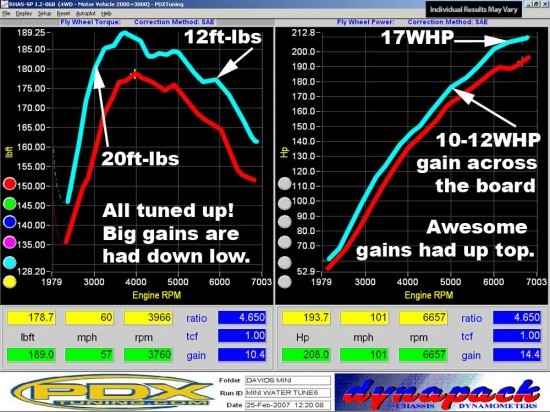 But these gains were very good and very promising especially for those who live in California or places with 91 octane fuel. On the R56, with the Unichip being installed, we not only can tune for fuel, but we can tune the timing, and increase boost!  So on this car we can really push it to the limits and keep it safe.  The R56 test we did was done with our new GT2560R turbo kit installed.  We will soon do something on a stock turbo, and a Unichip and prove its worth there! 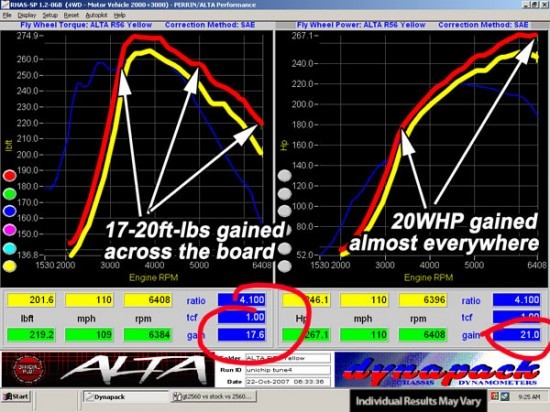 This graph shows the tuned GT2560R runs, with the water injection tuned runs on top of it.  The blue line is our highest HP stock turbo R56 runs. The most important part of this test to note is the boost. Normally with a water injection system, it allows you to run more boost, which we planned on doing, but with the initial tests, we are running the same boost, 18psi.  The only thing that we changed from run to run was fueling and ignition timing.  Running water injection produces a cooler in-cylinder charge, and a cooler boost tube charge temp. This allows for higher ignition timing, and leaner mixtures, without the potential of detonation.  Leaning the engine out produces more power, and torque, as does increasing ignition timing.  Normally both of these are limited by the octane and quality of fuel.  The water suppresses the effects of poor octane, in laymen€™s terms its like running on race gas, but only having to run it under boost! So why did we stop at 270WHP??   We ran out of our water/methanol mixture!   Just as we were about to turn up the boost, the water ran out.  One of the nice things about our install, is we use the OEM window washer tank, which has a nice warning when the water is low.  This is nice as there is no visual gauge to say when the tank is dry. In the upcoming weeks, we will be testing the water injection further with different setups, and slowly turning up the wick.  Can we hit 300??  Of course!  Will it hold? I think it will hold just fine, but its better to start slow, then just go blow it up!  At this point the car feels great!  Besides the loss of low end power, the car is much faster and more linear, meaning once the power comes on, it just keeps going! The DSC really doesn't like us anymore! Lots of good info is found here on our site .