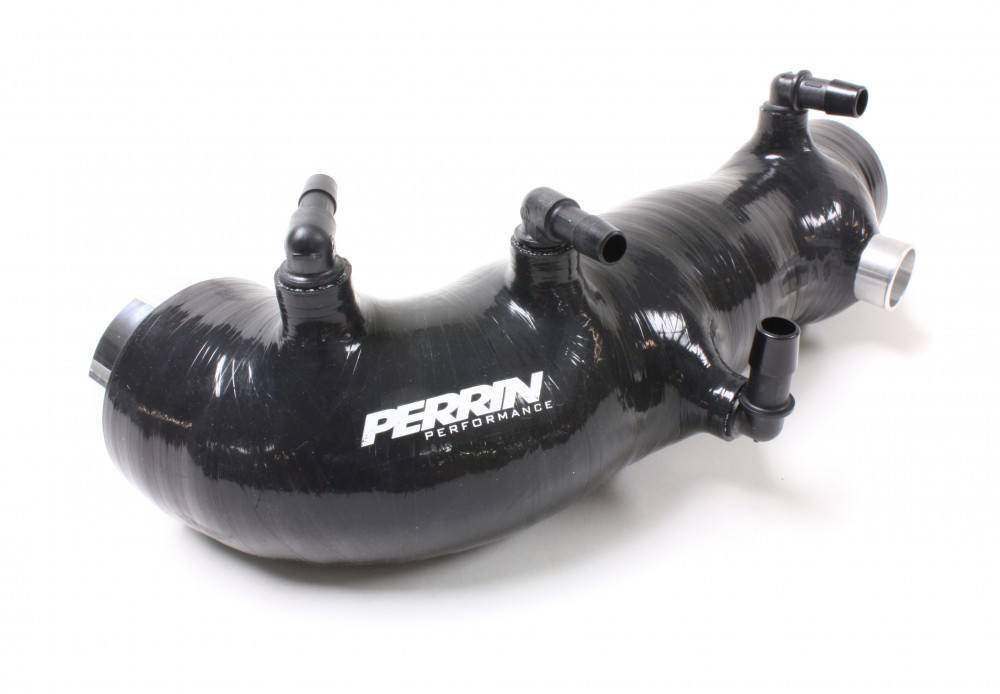 This is a test you will none of our competition do! We have always wanted to prove that a PERRIN turbo inlet hose was more than just a good replacement for a failed OEM part. We know it makes more power and allows the turbo to spool faster, and there are a few results online, but all these tests were done days or weeks apart. We always wanted to prove how it works and do an install within a couple hours, so we just decided to do it one day!

We started this test on a 2008 STI with a previously installed PERRIN Cold Air Intake, PERRIN turbo back exhaust system with (2) high flow cats and a custom Accessport tune.  We made roughly 5 runs until the power settled out, and then we started the PERRIN inlet hose install. The installation took about 45 minutes and in about 50 minutes total we were able to do a few more dyno runs to see how the PERRIN inlet hose affects the car.

The below green line shows the best run with the stock inlet hose, and the purple line shows the best run with the PERRIN turbo inlet hose. The result that really surprised us was the change in boost. This proved 2 things:The stock inlet hose is a restriction holding back the turbo from spooling up, and it shows is how much freer flowing the inlet hose is above 5000RPM.  Where the ECU built more boost at low RPM it created more TQ, and where it added more boost above 6000RPM it also added more HP. Funny, more boost equals more HP??? 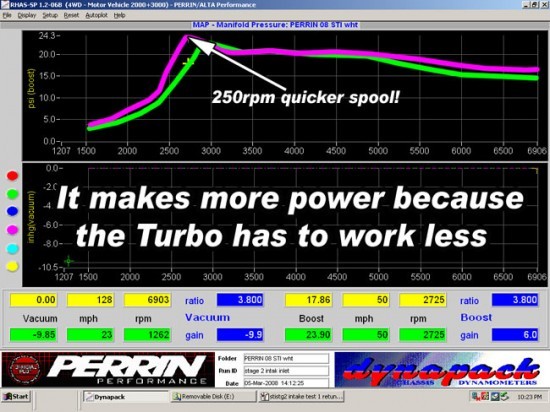 The HP graphs showed where more the increase in boost equalled more torque and more power! Since there was more boost from 5000- redline, HP increased about 10WHP all through this range. The more impressive gain is with the torque. Since the turbo spools up quicker, there is an increase of 100ft-lbs at 2700 RPM! After driving the car, the low end is very noticeable, as is the top end power! Another thing to note is these results are still with the stock TMIC and stock headers!  Oh, and don't forget 2 cats in the PERRIN Downpipe! 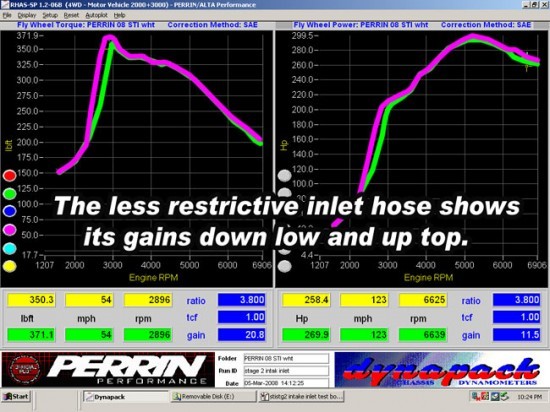 Proof of the Test Being Back to Back

We wanted to make sure that customers knew this was done on the same day so we setup our camera to take pictures during the install with time stamps to help document this. Since I was not being put on the spot, I decided to see how fast we could install one of these. A few bets were made as to how fast I was going to be able to do it. Now it had been quite a while since I had install one, but now I had a camera taking pictures over my shoulder, the challenge was on! After the install was all done, I was surprised that I did it in 37 minutes!  I think had I been a little more prepared (should have grabbed a part off the shelf) and with a little practice 30 minutes is totally doable.  Since I had John h taking pics of the install over my shoulder, we turned the install into a quick video.I was like how about an hour I did the install in about 45 minutes time, which was pretty fast and something we thought people might like to see. So we made a little video to show how easy this was. I think we ended up with two really cool things:The fastest turbo inlet hose install ever, and the only  back to back inlet hose dyno runs ever done! 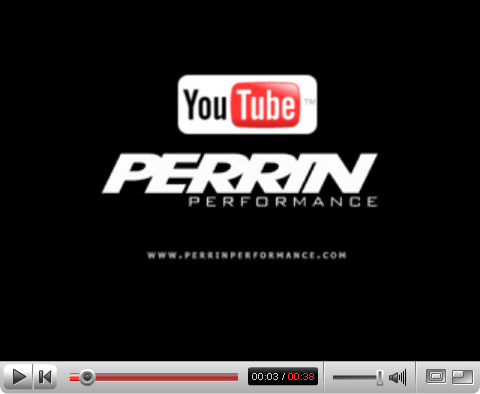 The PERRIN inlet hose used here is the newest version of one of our best selling parts ever. The biggest change to our turbo inlet hose is the new skeleton.  Our past hoses were all constructed the same, where the multiple layers of silicone and polyester to create a stiff hose that would hold up to intake vacuum. There was a huge "Internet" issue where a few people had a hose collapse on them during high HP runs. The issue was due to the silicone not being cured long enough and the introduction of engine oil to the hose which softened it. To this day, roughly ten out of thousands of parts were returned to us with the collapsing issue. While this was a very small issue to us, it was publicly exploited on the Internet and made out to be a much bigger problem that it really was.

To remedy this problem and ensure that ZERO hoses got returned for collapsing, we added a a skeleton to support the hose. We added a stainless steel wires through the middle of all the layers of silicone, which adds more than enough support to eliminate the hose collapsing. Over time we have done other minor tweaks to make the hose easier to install or better performing. All these changes will make an already great part even better and with ZERO change in price. 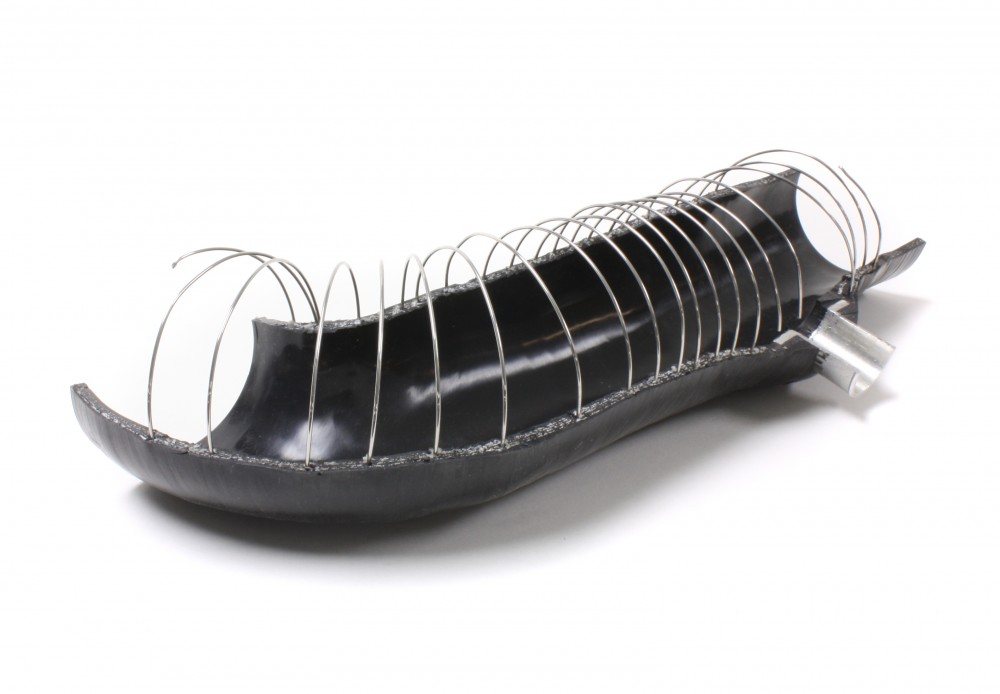