So my wife calls me at the gas station and says the car won't start, it has a dead battery. So I rush out to help her jump star the car all the way I am think how could my new Optima battery be dead! I get there and the battery is good, but starter is stuck and not turning the crank..... Instantaneously my stomach sank. I ran back to the shop and grabbed some tools to fix the problem, knowing that this could be really bad.

See, when hooking up my Water Meth System on my car, I used a switched 12v source that for some reason would cause the system to pump during times the ignition key was in the ACC position. This had more to do with the injector pickup wire, but whatever. So I knew not to turn on the car to ACC and listen to the radio, but my wife sure didn't. She also didn't know that water wasn't compressible.

In about 5 minutes I had the first plug out and nothing. 2nd plug, nothing. 3rd plug, also nothing. I was not having a good feeling about this. I removed the spark plug from cylinder four, and it was like my car had a baby. 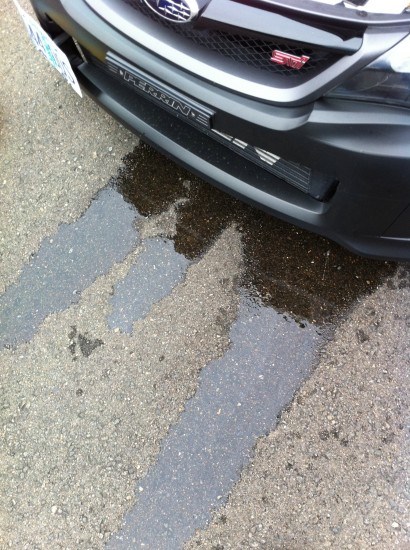 I turned over the motor and I couldn't believe the amount of water and meth that came out of the engine. I estimate that she used at least a half a gallon of meth just sitting there listening to music while the attendant filled the tank (remember we are in Oregon).

I think I had the plugs out, engine turned over and plugs back in, in about 20 min. I was in a hurry because, it was getting dark, sprinkling a bit, and the last thing I needed was a bunch of people wondering what i was doing trying to "rebuild" my motor in the gas station parking lot. Hoping for the best after blowing out all the water, I started the car with the gas pedal to the floor (won't let car start) and it had the dead cylinder sound. Chu, Chu, Chu, Duh....Chu, Chu Chu, Duh.... I let the pedal off the gas and thank goodness it started up. It ran a little funky at first, but after a few seconds, it was all back to normal. I did the full throttle start one more time and gone was the dead cylinder sound.

So what have we learned class, don't forget to give your wife/significant other the special instructions about your car when they go to borrow it, or bad things could happen...... 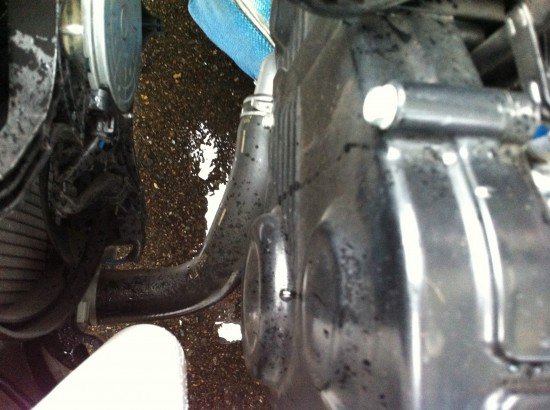