By Perrin Performance May 28, 2014
Category : Exhaust Decibel Testing Back to Blog

Customers constantly ask us "How loud is that exhaust?" We have a really hard time answering this question because how does works describe a sound? How can you compare this to something else? Even doing a video has it's limitations because of how and where a microphone was placed. We thought we could come up with a way that can accurately give a customer a comparison between different cars, different systems and how they sound.

Step one, buy a quality decibel meter. Step two, figure out a way we could consistently test any car at anytime. Step three, start testing! 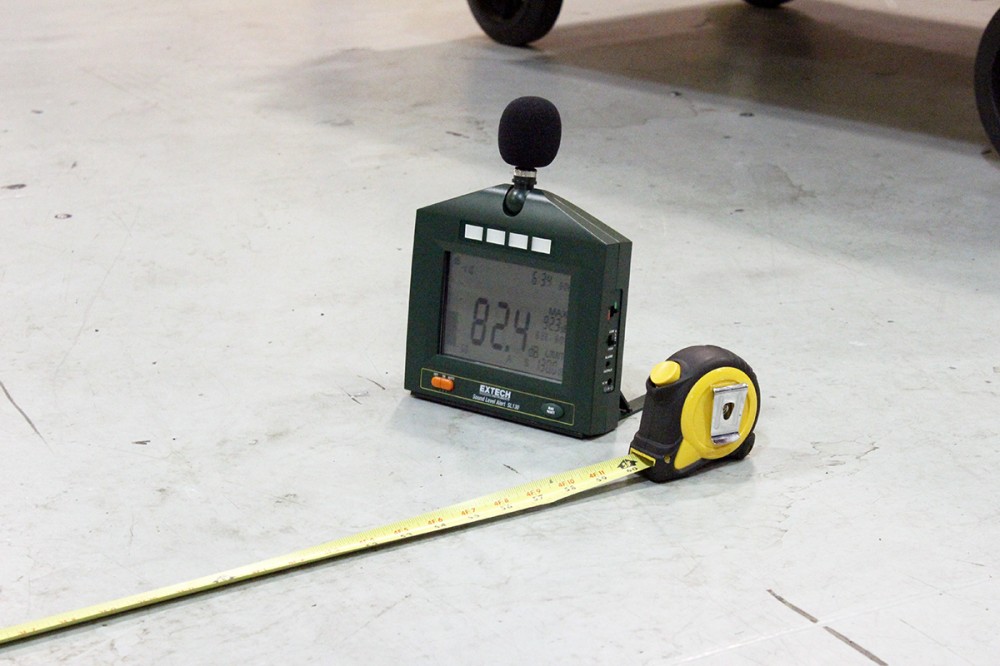 This Is Just A Test!

Keep in mind, these tests are ONLY for comparison purposes to help provide an answer to the question "How loud is this?". These tests are not saying any of these systems will pass any local law pertaining to a decibel limit for your car. If you are unsure of a system passing a local decibel limit law, please have a profession test out your exhaust to determine if its legal. 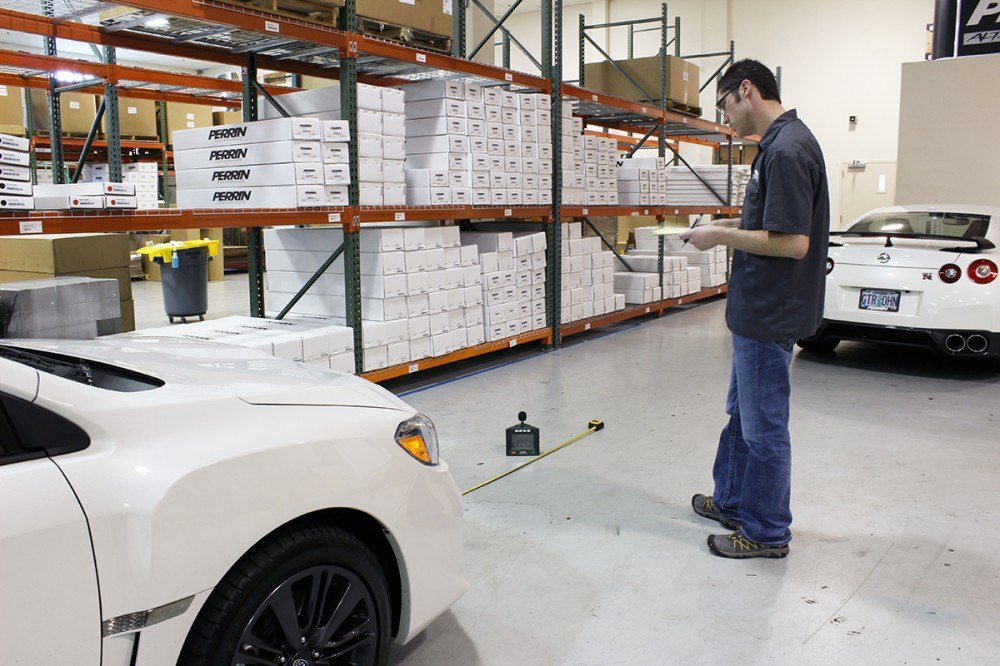 Where To Place Decibel Meter 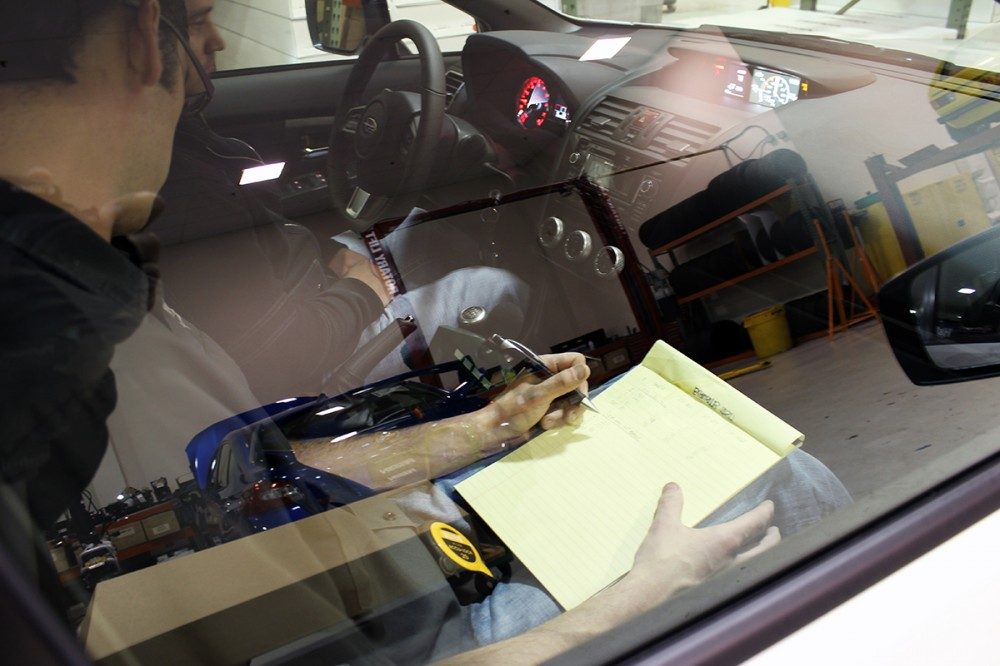 What RPM's To Test

Next thing to determine was what engine RPM to hold while recording. Idle is an obvious one to record, as well as other RPM's that you might be constantly at. We chose to 2000RPM and 4000RPM. The last one is a little harder as we chose to do an idle to 6000-ish throttle blip. This one isn't quite as consistent, but the correlation from exhaust to exhaust came out exactly how we wanted it. We know we could have gone crazy and done way more, on the road, on the dyno, but we wanted to keep this simple and something a customer could easily understand at a quick glance. 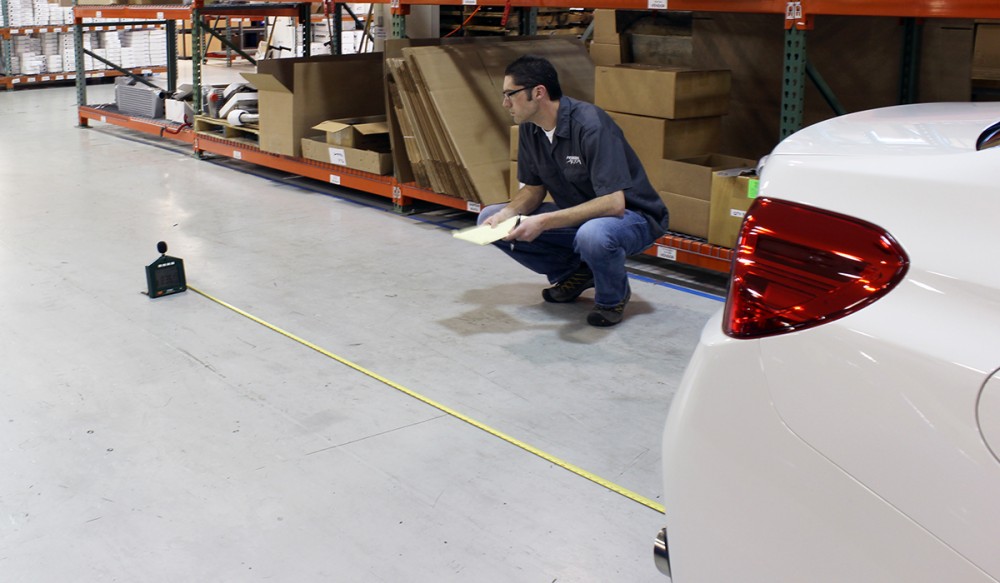 We plan to test as many things as we can. We plan to test the 02-07 WRX (with the single sided exhaust system), 08-14 WRX (sedan and hatch exhaust systems), 2015 WRX (with equal length header and lower mounted turbo), and BRZ. From there we will obviously test stock cars without modifications as a base, then after that, we will test all our catbacks, midpipe options, downpipes, front pipes, headers and whatever else might affect the sound coming out of the exhaust. Even if its something we don't make, we will test it, if its not too much trouble. We will make a blog post that covers all the cars, the test and constantly update it as we add a few new cars.

Below are the graphics we came up with to show off the different readings we found. This graphic along with a simple 4x3 chart will easily explain the sound changes from stock to parts being tested. As you can see from the below diagram, the decibel meter was placed in three main locations, Inside of car, outside and to the side 5ft, and behind the car 10ft.

Along with the above diagram we will be including a chart that explains all the reading and the results. Most tests will have both the stock decibel reading as well as the decibel reading from the part(s) we tested. That way, there is a quick way to reference the difference in sound levels. Using the info provided below, you should at least be able to get a rough idea how much louder an exhaust might be. Or if you have heard one of the below setups, you can get a rough idea how much louder or quieter another one might be.

The idea is to create a consistent way to test sound levels of cars. This isn't to prove the system is legal in your state, but only to provide a rough idea how different setups compare to one another. I think with the graphic we have, the data we have, and the ability to test any car quickly, we will have a really clean way to show customers how systems compare to one another.

Below are the results from all of tests we have done of our exhaust systems and factory exhausts. We will constantly be updating this post as new tests are done.